The animal that appears before the man on the earth, uniqueness in size and living style, well known by all the globe. The dinosaurs are now famously used in tattoo designs by many peoples. Spiritually and meaningful, it is a conventional tattoo design for tattoo lovers. A dinosaur tattoo symbolizes strength. This historic animal tattoo design is so popular these days. Tyrannosaurus Rex (the king of this old species) more popular due to its big size.

This old and renowned animal has spiritual and intellectual meanings in different societies and civilizations. This thing makes a dinosaur a part of ancient traditions. And many people follow their old traditions and love to ink their bodies with dinosaur tattoos in a traditional style.

Traditional Dinosaur Tattoo on the Rib

Don’t worry, this animal (Dinosaur) has a giant size and a robust and healthy body. But you can ink a dinosaur tattoo small in size. Which looks cute, and you can easily choose more body parts to draw it. There is a lot of new ideas and designs for small dinosaur tattoo.

As a living animal, the dinosaur has a lot of meaningful and memorable things. Also, people love different parts of animals and for spiritual meanings use different body-parts in their next inked tattoo. The face of any animal is its unique identity, and we name an animal by seeing a look as we judge by hearing its voice. Furthermore, people love skull inked tattoos of a dinosaur. I listed a few new and trendy ones, Dinosaur skull tattoos below.

Dinosaur with a Skull Tattoos

Mostly, after death, people love to draw a skeleton tattoo to show horror and sorrow, meanings, and beliefs. A dinosaur skeleton tattoo includes all bones of the dinosaur. Visually, it looks like all the fluid and mass vanished, and just bones are remaining. And by seeing skeleton people judge which animal’s skeleton is it. They love to ink their bodies with skeleton tattoo about animals as well as birds.

Origami T-Rex Dinosaur tattoo is a favorite of all kids and mature people too. Kids love to make an Origami dinosaur with a used paper from their notebooks. Sometimes, they draw it on their drawing books and try to fill with different amazing colors. After all, they are in a hurry to show their origami dinosaur bringing to their parents. And parents inspire and appreciate and get an idea for their next origami tattoo (T-Rex). Anyhow, people love to ink origami T-Rex tattoo design on their sleeve or any other body part. And show their kids new dinosaur tattoo, like they showed their drawings. Read also: killer joker tattoos

Ideas for having Cerberus tattoo: Meaning and ideological importance 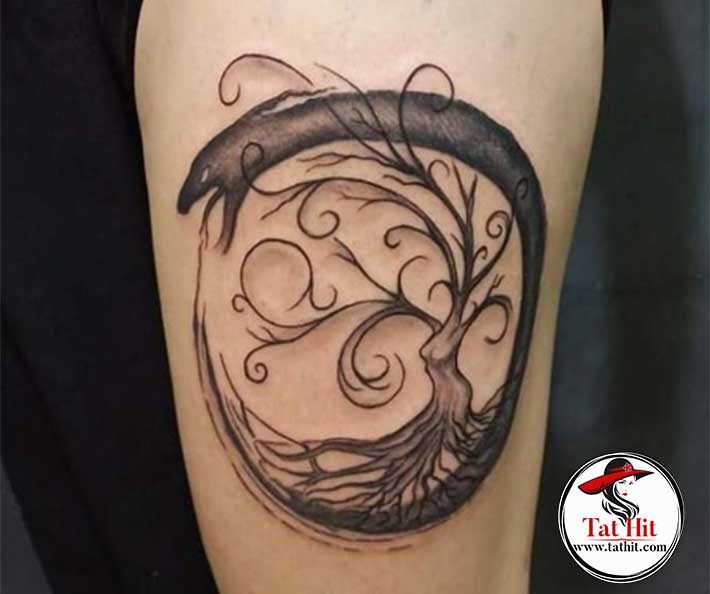