Watching a parent’s mental health slowly deteriorate because of dementia can be extremely difficult to bear. They may become hostile for no reason, forgetful, and a shell of their former selves.

This doesn’t mean that they can’t enjoy a good life, however. If you have a parent who is dealing with dementia, then you should try giving them the best living environment possible. You also have to rethink your relationship with them and never abandon them. Let’s take a look at some of the things you can do to improve the quality of life of parents with dementia.

One of the best things you could do is find a good assisted living home that provides memory care. Try to pick one that has more of a community feel as it will allow your parent to have social interactions with other people. We like to stress that part because isolation can make dementia worse and simply putting someone in a more social space could help either revert some of the symptoms or stop them from deteriorating.

Start looking at good homes or communities around where you live today. If you happen to live in St-Louis, you’re in luck since the city has some of the best memory care facilities in the country. One memory care Saint Louis community you should check out is St-Louis Hills, but there are plenty of others, so do your research, go visit a few with your parent, and see which ones are better for both them and you.

If you notice that your parent has become more lethargic lately, try to get them to move more. One report from McMaster University found that regular physical exercise could help people with dementia deal with everyday tasks like bathing, eating, and dressing. Being able to do more and be more autonomous keeps the mind sharp and can reduce dementia symptoms.

You shouldn’t force them to move, however, as there’s a strong chance they will push back. Instead, suggest that they take a walk with you when you come to see them. Or you could get them an exercise bike, or even a motion-controlled gaming console. This will make physical activity fun for them and will push them to be active even if you aren’t there to remind them.

Look Over Their Nutrition

What people put in their bodies will have a direct influence on how severe dementia will be and how fast it will deteriorate. If you notice that they have unhealthy eating habits, like eating too many fried foods or sugar, then you will have to put your foot down and force them to make better choices.

Replace the deep-fried foods with baked foods instead and consider investing in a good air fryer if they’re going to eat fried foods. Change the oils you’re going to use too. They need to have a good balance of Omega 6 fats and Omega 3s, so go for cooking oils like grapeseed oil that are rich in omega 6s and either add fatty fish like salmon or omega 3 supplements to their diet.

If you have a parent who’s suffering from dementia and are concerned about their condition and well-being, follow our advice. Try to be as present as you can for them too and try to influence them to make better decisions. 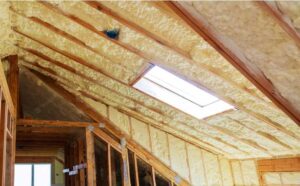 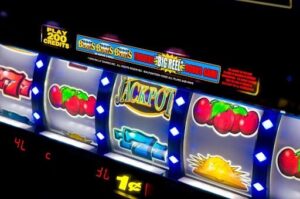