Chicago is a hub for professional industries. A lot of young individuals move to Chicago after college to achieve advancement in their careers.

Being a big city, Chicago also suffers from a number of “big-city issues” like traffic, crime, poverty and pollution. However, one huge difference between America and Chicago is that Chicago has a lot of windy, cold, and snowy weather as compared to America. Below we are going to discuss the pros and cons of living in Chicago and what is living in Chicago like. Read further to know more.

Chicago has some of the best restaurants in the country. It is home to the best 24 Michelin starred restaurants. It is a city which never sleeps, and you’ll always find great food here, be it any time of the day.

There are about 70+ neighbourhoods in Chicago, and every place has a unique feel and identity of its own. Depending on what you are looking for and where you work, you will find a nice place to meet your requirements. Some of the most renowned neighbourhood alternatives in the city of Chicago include:

Chicago is home to the nation’s second-largest public transportation system, after New York. It has 129 bus routes and 145 train stations. Pace buses & metra trains are connected to the suburbs of the city. Individuals residing in Chicago walk most of the time, and Chicago is a bike-friendly town having over 200 miles of bike routes. Having your car is optional for people staying in Chicago.

Chicago is a birthplace of a number of cultural activities such as:

Chicago’s public libraries have been ranked as one of the best libraries in the country and the third-best library in the entire world. This library is super massive and covers all the individual neighbourhoods of Chicago. It hosts around 80 neighbourhood branches.

Chicago spends half of its winters with super freezing temperatures. During the night, the overall temperature goes down to the teens. The wind is around 0 degrees. Chicago gets an average of 36 inches of snow every year in winter. The winds that flow bring blizzard-like situations and blow the snow into deep piles.

One of the significant reasons why Chicago has a higher cost of living is due to the fact that this city has one of the highest taxes in America. The sales tax is the highest in the country, which is 10.25%. Illinois has one of the second-highest property taxes in all of America.

Chicago resumes making a way in the national news channels for its gun violence. The news is very true that the town had recorded around 774 murders in the year 2020. It is also true that there are around 60 various street gangs with about 100,000 gang members in the city.

This was all about the pros and cons of residing in Chicago. Let us know your thoughts in the comment section below. Drop your queries too. Our team of experts will get back to you as soon as possible.

Signature Jewelry Pieces to Stand Out 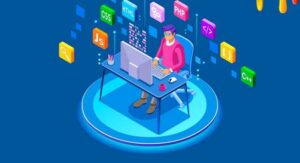